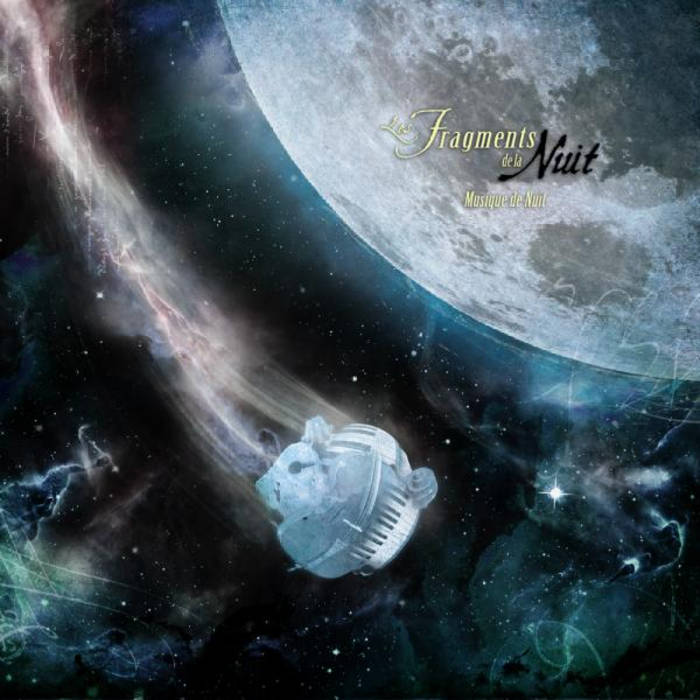 Their first two albums released in 2008 (Musique Du Crépuscule) and 2010 (Demain C'etait Hier), have been greeted with great fervor, and have fascinated audiences in festivals such as the prestigious Wave Gotik Treffen in Leipzig (DE), Summer Darkness in Utrecht (NL) or Denovali Swingfest in Essen (DE). With their music, which ranges from tragic to epic and atmospheric, Les Fragments de la Nuit crossed musical borders.

The French ensemble have kept faithful to their trademark style, in which pulsing piano chords set the pace for the string-work woven by the cellist and the three violinists, haunted by female choirs that surface on occasion. MUSIQUE DE NUIT features newly recorded tracks from the early days as well as brand new pieces. Variety is testimony to the band's ability to take Contemporary Classical music beyond its typical standards, by adding to this genre other stylistic references, some common to Post-Rock, Pop or even Metal, and thus bringing together elements that recall the works of composers like STEVE REICH, PHILIPP GLASS or ARVO PÄRT with those of formations such as GODSPEED YOU! BLACK EMPEROR, BALANESCU QUARTET or even the sinister cult-band MAGMA.

In Fall 2011 Les Fragments De La Nuit's music was chosen for part of the official trailer for the movie WE NEED TO TALK ABOUT KEVIN (feat. TILDA SWINTON).

IMPORTANT : WHEN YOU BUY HIGH QUALITY TRACKS FROM LES FRAGMENTS DE LA NUIT @BANDCAMP, IT GOES DIRECTLY TO THE ARTIST
THANKS !

Bandcamp Daily  your guide to the world of Bandcamp

Cannibal Corpse's George "Corpsegrinder" Fisher stops by for an interview